Patrick served in several roles in the district over a 49-year span and continues to serve as a substitute principal.

In 1980, Patrick became the principal of Lathrop, then Allen Elementary School, and served in that position until 2004. She then served as principal of Hartford until she retired in 2008.

The district will hold a renaming ceremony and celebration this year as soon as large gatherings are permitted.

You can read more from Cantonrep.com HERE. 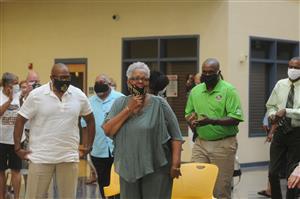